Niel, Tom, Hillary and Teresa enjoyed perfect conditions today. The fog was clearing, there was no wind, the water was flat and the water temperature was 55 to 57. We started down the buoy line. At the 4th buoy the fog had cleared so we agreed to do the two pyramid swim for our two miles and headed to the end of the Avila Pier. 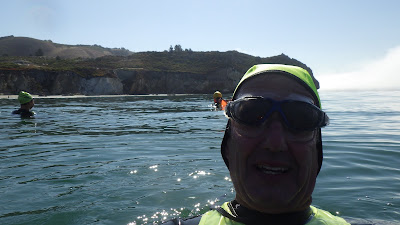 At the 4th buoy.
Tom out of the frame to the left, then Teresa, Hillary and Niel
From here on it would be Tom and Teresa off the front with Niel and Hillary following. 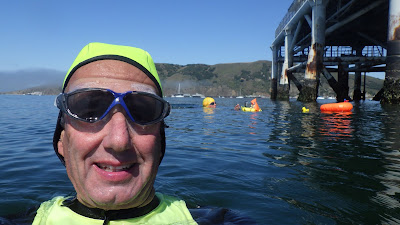 Niel and Hillary at the end of the CP Pier.
No lane lines and it was flatter than a pool today. 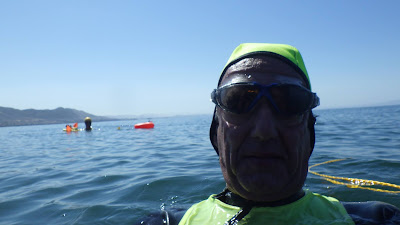 Hillary and Niel at the end of the Avila Pier for the last time.

Saw Phil Costino at the showers.

For those of you who don't follow FRAZZ, Frazz is a school janitor. He and his girlfriend, Miss Planwell, are triathletes.  Occasionally the story veers off into training and racing humor.
6/10/20

Next swim will be Saturday morning at 9:30.