A familiar June morning in Avila Beach: thick gray overcast and some surface fog, calm but a hint of wind in the next few hours, flat seas but some ripples starting and a the third day of colder water temperatures, something like 57 today.
Hillary, Tom, Niel, and Stefanie sway today. Stefanie has been dying to get back in the water, found this blog and decided the ocean was for her. 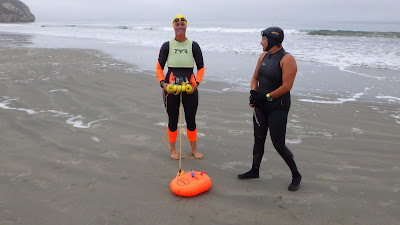 Hillary and Stefanie.
WOW, Hillary got a new wetsuit, a Orca Openwater SW. The orange arms are very visible in the water and it has a built in ring at the base of the spine where you can attach a pull toy.

We did triangles again. Tom reversed course for his second lap. Hillary and Niel kept the same direction. For her first ocean swim Stefane did a lap and a quarter. 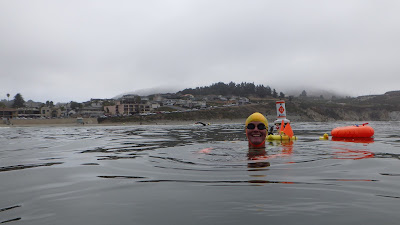 Tom and Hillary at the first buoy. 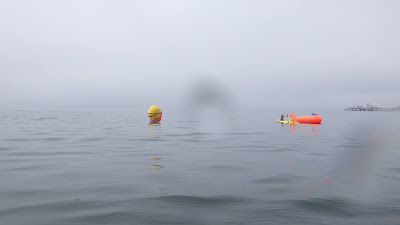 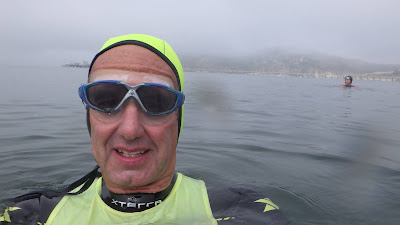 Niel and Stefanie at the end of the Avila Pier 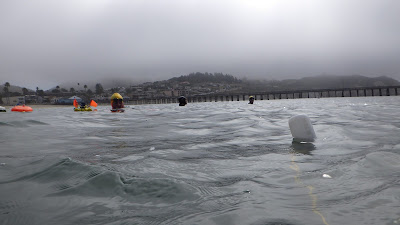 Hillary, Stefanie and Tom at the 4th buoy at the creek mouth. 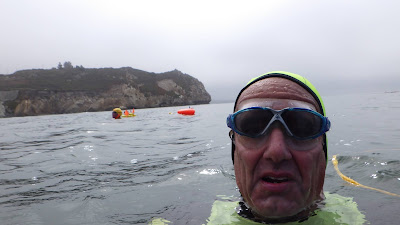 Niel and Hillary at the end of the Avila Pier for the third time.

We will swim again on Thursday at 9. Probably swim on Friday and give the beach over to the crowds on Saturday and Sunday.