Saturday morning at Avila Beach was lovely; clear, warm and a bit breezy
The water temperature was 58°F, the visibility was very good and there were not many shorebirds to be seen 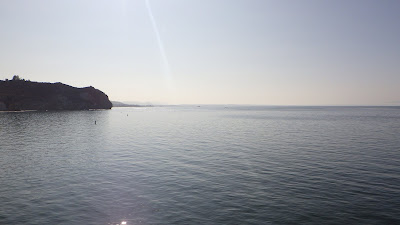 We had a nice group today including Alex, who was over here from Lancaster along with David, Leslie, Hillary, Niel, Theresa and Grace. We decided to swim over to the Cal Poly Pier in a roundabout way and shoot for about 2 miles. 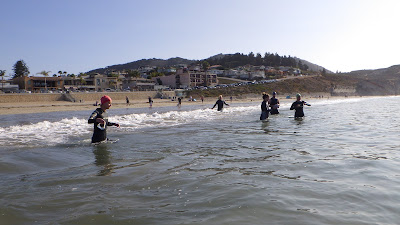 That is Leslie, David, Grace, Alex and Theresa getting in. 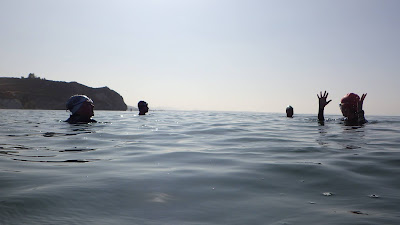 I think that is Grace, Alex, Theresa \and Leslie at the first buoy. 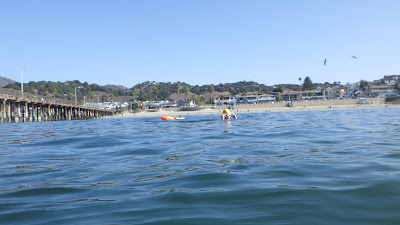 Hillary was back after losing a fight with her truck and having to stay out for three weeks until the stitches were out. Working on big trucks is not for the meek. 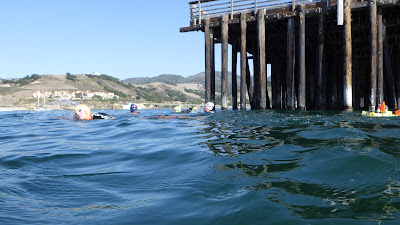 Here we are at the end of the Avila Pier heading for the third crossbars on the CP Pier.
A breeze out of the SW was starting to pick up and would soon change direction and mess with out swim. 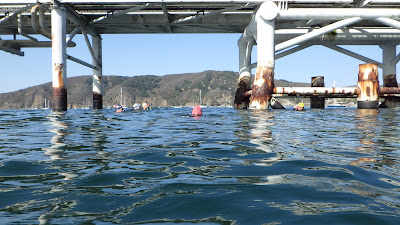 Alex, Grace, Theresa, Leslie and David at the CP Pier.
I caught everyone doing a goggle check. We swam from here to the end of the pier. 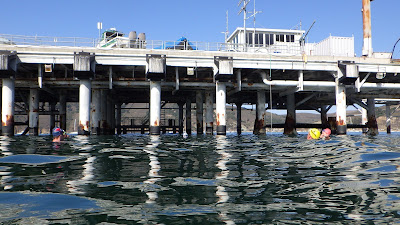 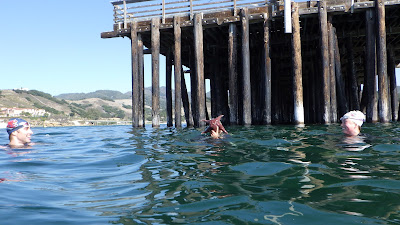 Theresa doing her ALIEN scene with a starfish that she plucked off of a piling.
A very nice group and swim today. I'll be back tomorrow at 9:30.
niel
Posted by Niel at 5:18 PM