We had better visibility today with a high cloud cover so we had no visibility limitations and  our choice of routes. The bait fish and the following sea birds are becoming more numerous. There were large bait balls with lots of feeding going on in several locations during and after our swim. This is not unusual for this time of the year. We may need to cancel some swims if a feeding frenzy gets to the point where getting in the water is hazardous. The water around one of these large feeding events is full of feathers, fish parts and bird poop and you do not want to swim through that water. Also, the large number of seals that are attracted to the bait fish will draw any sharks that are in the neighborhood and fancy a seal lunch.

Anyway, the water conditions were the same as yesterday, glassy, calm and a water temperature of 14°C/57°F. 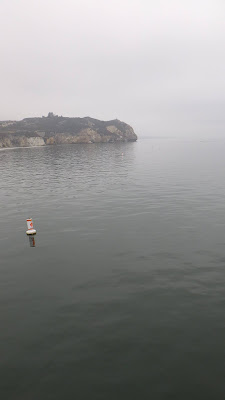 The lack of fog was a welcome change. 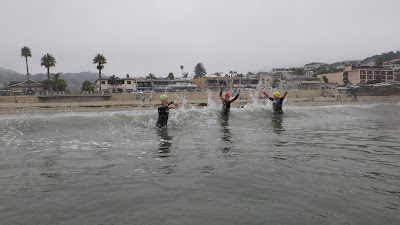 Theresa, Leslie and David at the first wave 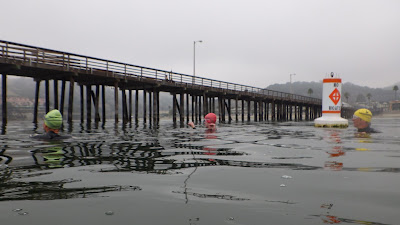 Theresa, Leslie and David at the first buoy 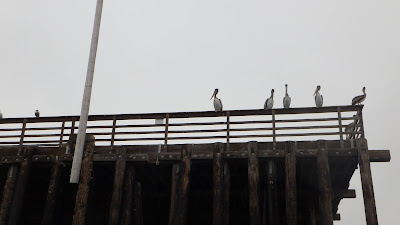 There were lots of swim coaches along the pier.
I'll swim on Tuesday morning at 9.
I got this from Craig Bowman:
https://www.triathlete.com/culture/news/relay-team-becomes-first-to-complete-swim-across-lake-michigan/
An article about the first relay team to successfully cross Lake Michigan, a 55 mile course in 50 degree water.
niel