I got in at 7:30, the air temperature was 36° with high clouds and a nice sunrise. There was an offshore wind out of the NE and the water was rippled but not choppy. The surf was 2 feet +/- with waves that were very close together. 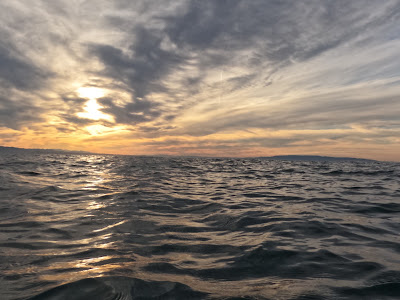 Starting out it seemed colder than it has been but I wasn't sure if it was me or the conditions. Once I turned right at the end of the Avila Pier and headed towards the CPP I had what I'm calling corduroyed water. There were little swells that were close together and easy to swim through that gave a rhythmic vertical motion to the swimming.  And the water temp dropped. Everywhere further out then the end of the Avila Pier was a degree or more colder than closer to shore. I measured 11°C at the CPP but it didn't feel like 51.8°F. More like 50 - 51. 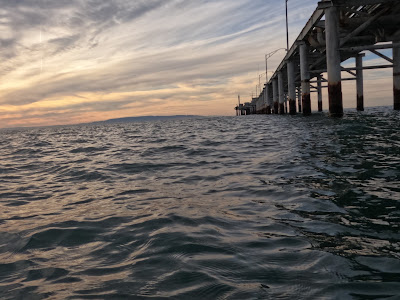 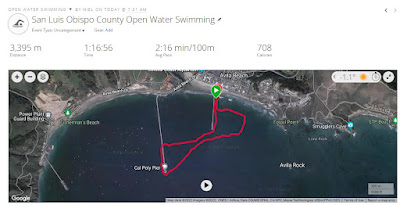 I saw Tom afterwards. He got in at 9:20, the air temp was 45° by then and he thought the water was 51°.
I'll swim tomorrow at 11 and early on Tuesday, and then take another week off to travel for the holidays.
niel
Posted by Niel at 3:35 PM