After a weeklong rain induced break from swimming I decided to sleep in a bit and get in at 8 instead of my usual 7, hoping that it would be warmer. It didn't work.  At 8 the air temp was 38° with thin high clouds, a light breeze and minor chop out of the SE. I took the long way over to the Cal Poly Pier and doubled back along the same route. 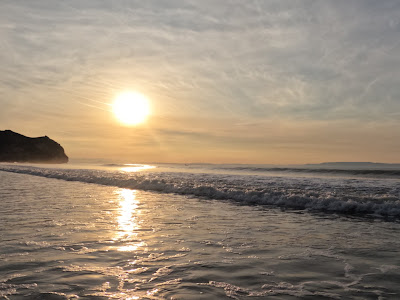 Sitting our for a week really showed in my navigating. I had such a backlog of stuff in my head to work through that I was all over the ocean, especially on the way back. I felt great afterwards. 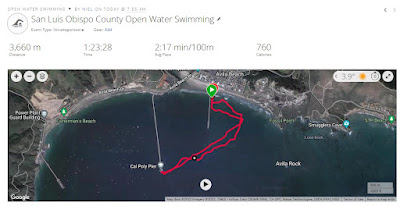 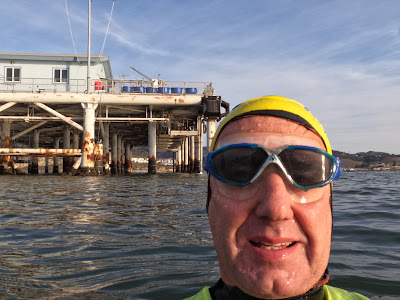 I measured a water temperature of 53° but the air temperature and weak sun had me guessing 51° -52°.
It was wonderful swimming. The water was clean and we are not expecting any rain in the next week so I'm looking forward to getting back in my groove before Christmas.
Tom got in at 9:30 when the air temperature was 48°. His toes thought the water was 10.5C/51°F.  He usually estimates the water temperature to be a degree or so lower than my thermometer reads but since he swims in a farmer john with a long sleeved rash guard it probably does feel that much colder wherever he is. He swam about 3000M.