The same weather and swimming conditions and a nice group this morning, including some familiar faces that I haven't seen in a while.
Tom, Niel, Teresa, David, Maria (welcome back!) and Brittany swam this morning. The sky was grey, water was flat and the water temperature was back up to 15°C/59°F after falling to 56 - 57 on Thursday. There were some colder spots that were down a degree or two.
Our route was the same as Thursdays, two triangles, except that we started counterclockwise, with the same plot. 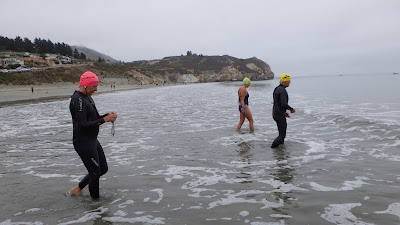 Maria, Teresa and David wading in. 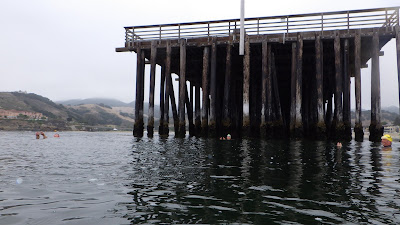 Maria, Teresa and David doing the otter float at the end of the Avila Pier. 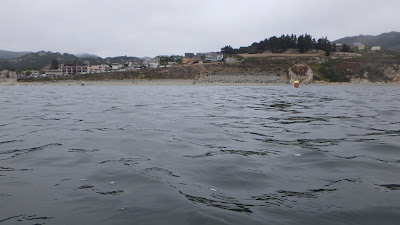 That is Teresa and David. They swam both triangles in the same direction and Maria and Niel reversed direction for the second one, so we passed each other on the leg between the 4th buoy on the east and the end of the Avila Pier.