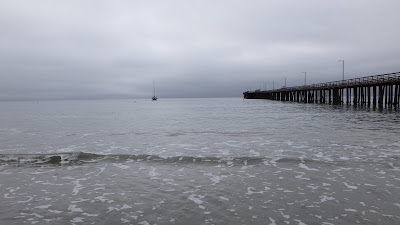 A water temperature of 57 that felt colder. 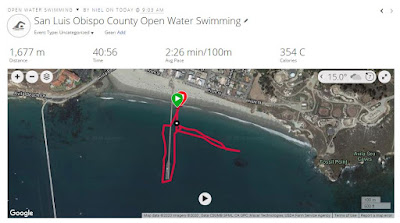 Since Tuesday I've been nursing an injured shoulder.
It felt OK but I decided to go short and easy. 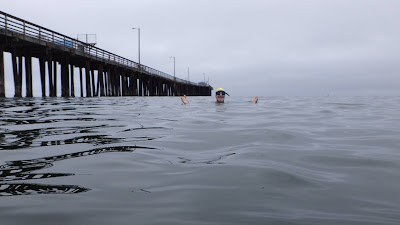 Tom and I crossed paths at the first buoy on the west side of the pier. 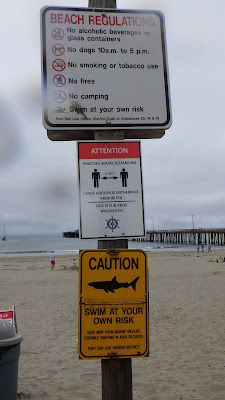 I didn't see this until I was out of the water.
I spoke to a lifeguard and learned that there was a credible
sighting of a 10 foot Great White Shark Wednesday afternoon.
I wonder if this is the same one that was seen over near the CP Pier about three or four weeks ago.

My shoulder felt OK before I got in but was not happy about me swimming today, so, I'm going to do what I know will work. I'll be riding instead of swimming in the mornings for the next two weeks and then should be good to be back in the water.

Tom, Teresa, I'll post whatever swim reports you can send to me.