Avila Beach was had beautiful swimming conditions today. The sky was a bit hazy with high clouds of smoke, it was calm and the surface of the sea was glassy. There was a slight swell out of the SW. The water temperature was 16°C/60.8°F.
Swimming today were NIel, Teresa, Davis, Brittany and Hillary.
I'm trying to be good and let my shoulder come back after 3 weeks rest si I did the same route as last Thursday; a triangle with a detour around two sailboats that are anchored between the Avila and Cal Poly Piers. Brittany and Hillary joined me while Dave and Teresa went from the end of the Avila Pier over to the second crossbars on the CP Pier before returning to the west ern end of the buoy line. 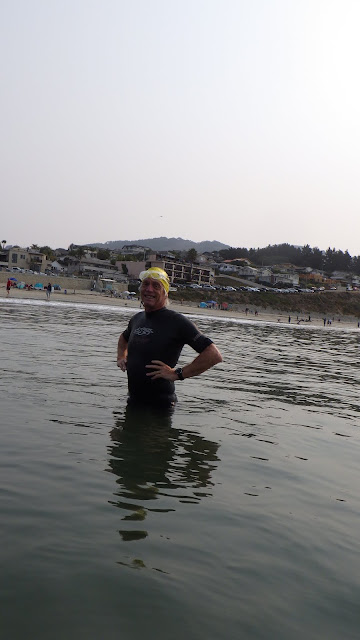 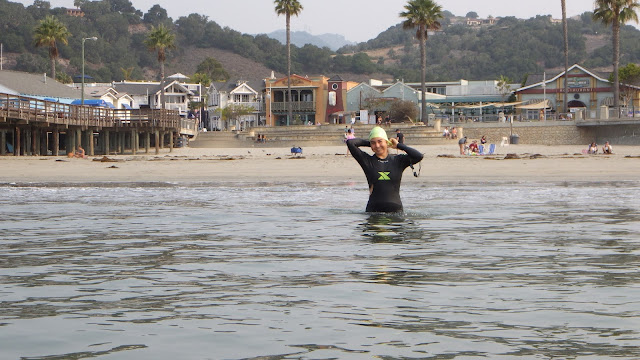 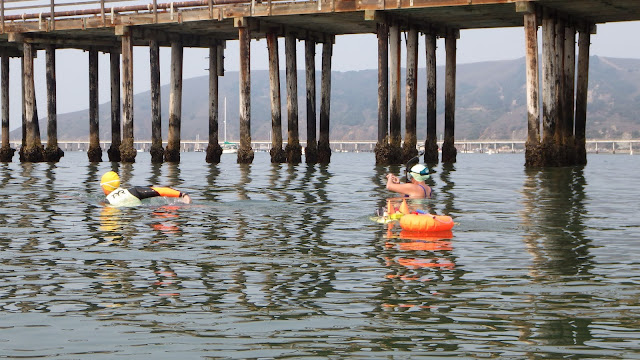 Hillary of the day-glo wetsuit and Brittany, who had forgotten her wetsuit and went without, heading for the first buoy. 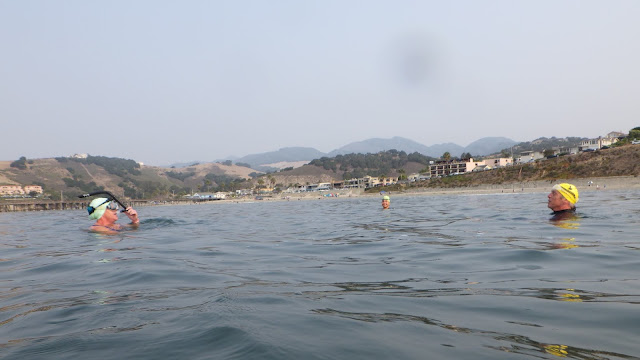 Brittany, Teresa and David at the 4th buoy on the east side. 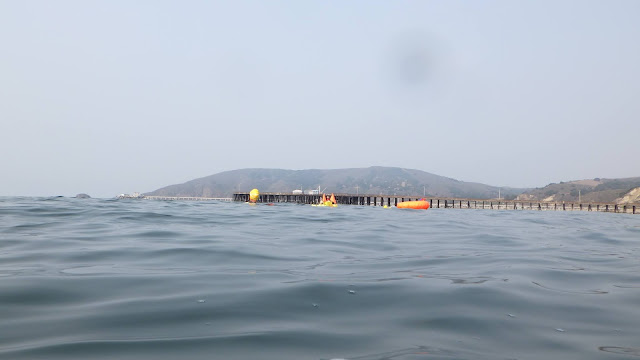 Hillary and her flotilla at the same spot 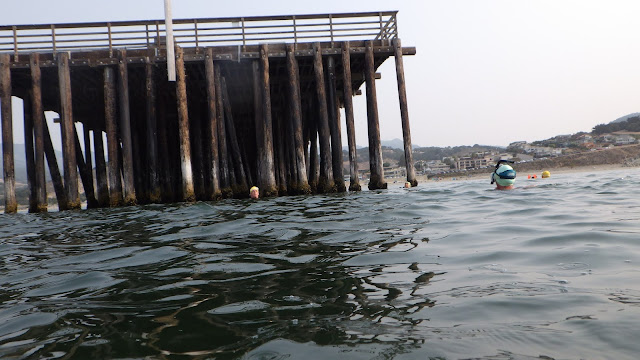 David, Teresa, Brittany and Hillary at the end of the Avila Pier. 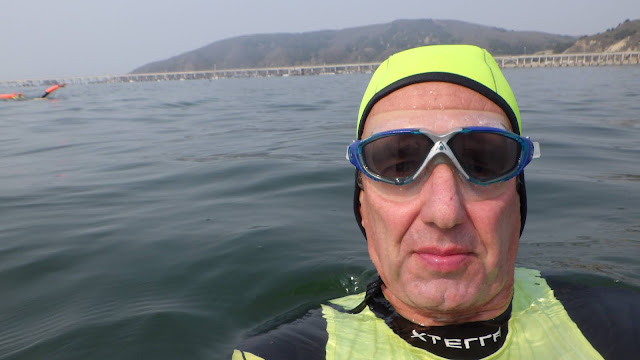 A selfie at the 4th buoy on the west side with Hillary stroking in in the background.
I'll swim tomorrow at 9:30.
niel