Foggy conditions today at Avila.  You can see from the before and after pictures, the fog didn’t burn off much during my 50 minute, 1.5 mile swim (you can tell the “after” picture by the addition people on the beach).  Both pictures were taken from the same spot up the hill on Front Street – see swim route image. 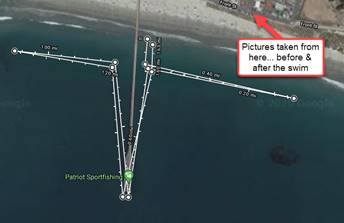 I swam solo today (although I did see Brittany getting in while I was swimming).  I’d call the water 56, which means it was probably actually 57 adjusting for the fog making is ‘seem’ colder than it is.  The shark sighting signs were no longer posted, but due to the heavy fog, stayed along the buoy line and next to the pier out of concern for humans in motorized vessels.  The water had a gentle roll to it, but had lost the amazing clarity of Thursday.

All in all, it was a pleasant day of ocean swimming. 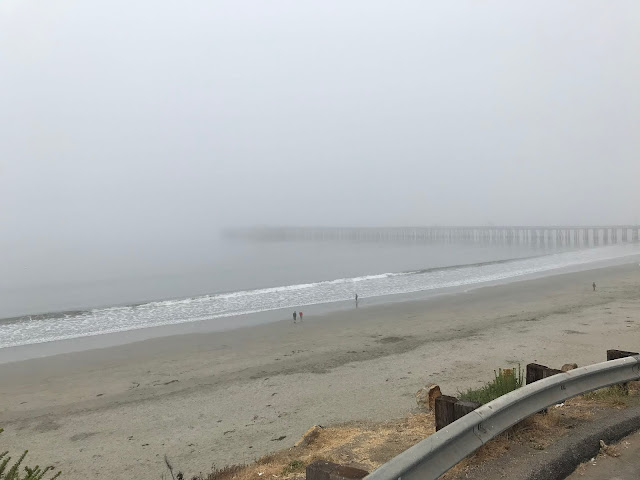 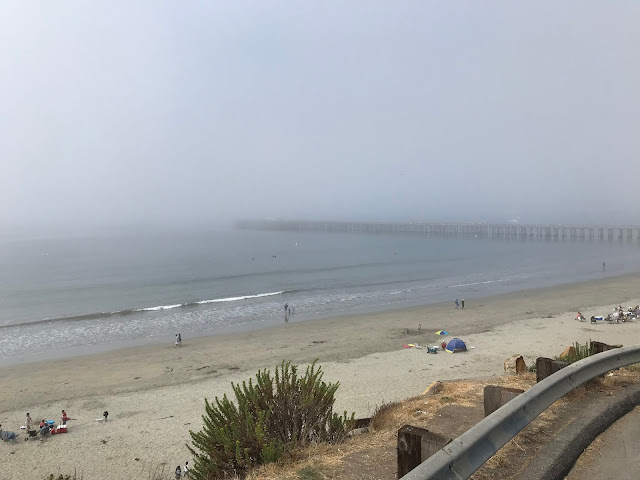