Sunday's conditions were a copy of Saturday's, grey skies, cool temperatures, flat and glass water conditions and a water temperature of 14°C/57.2°F. The only changes were larger surf, the sharky signs were down and more red tide. Yuch!
NIel, Leslie and Grace swam yesterday's route in the opposite direction.
Swimming over to the Cal Poly Pier world have been fun but the recent shark sightings have been near the end of the CP Pier so we decided to do our distance closer to our own neighborhood. 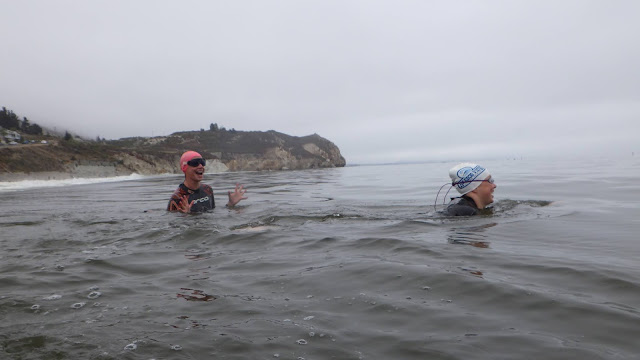 Leslie and Grace getting started. 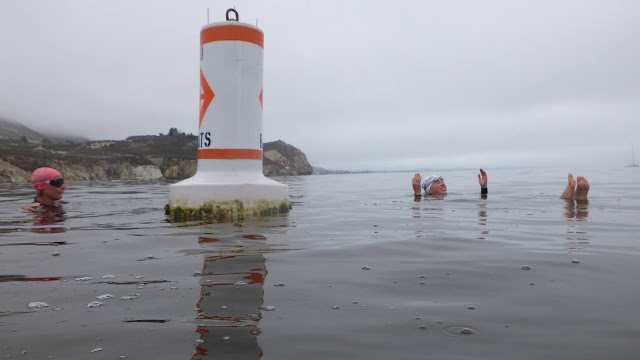 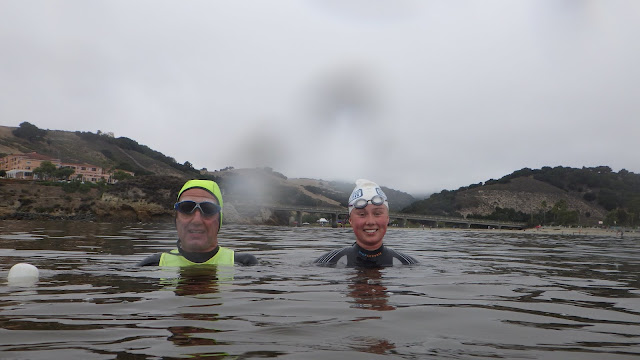 Niel and Grace at the 4th buoy on the west for the first time. 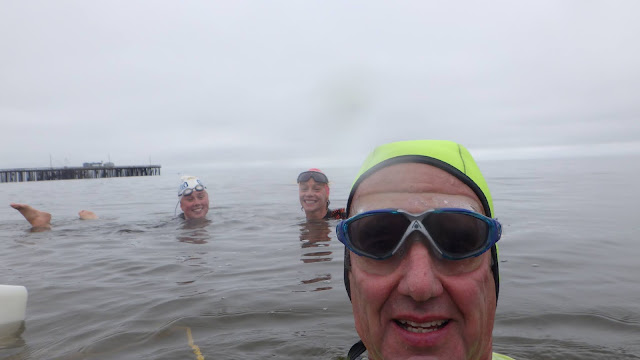 And here we are at the same point for the second time. 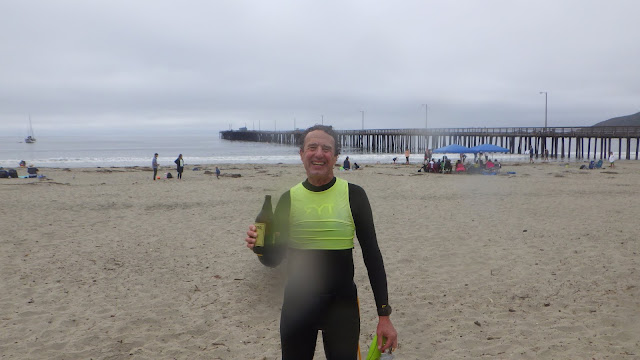 Leslie was attached by this floating beer bottle as we came in along the Avila Pier.
I managed to drag it along to get it out of the water.
Tuesday's swim will be at 9:00 but I have a Dr's appointment at 10:30 so my next swim will be Thursday.
niel