We had a nice group today and great swimming conditions. There was thin high overcast, high humidity and a chance of thunderstorms from Tropical Storm Genevieve down Mexico way. The air temperature was in the high 70's and the water temperature was 16°C/60.8°F. The ocean was flat and glassy. 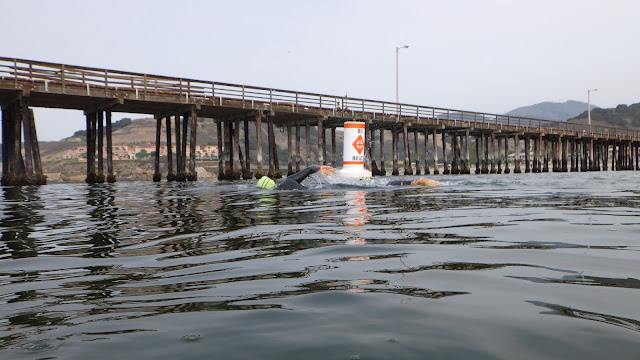 Teresa at the 1st buoy 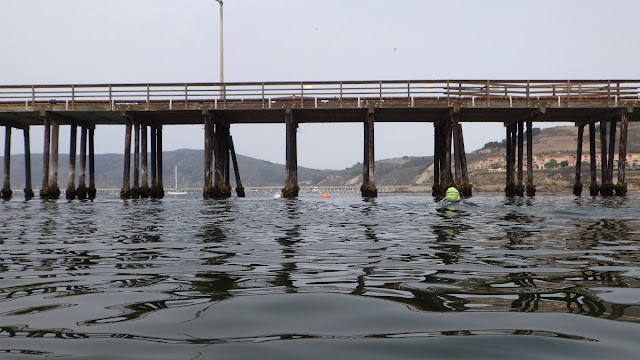 I think that is Teresa, Leslie and Brittany heading under the Avila Pier. 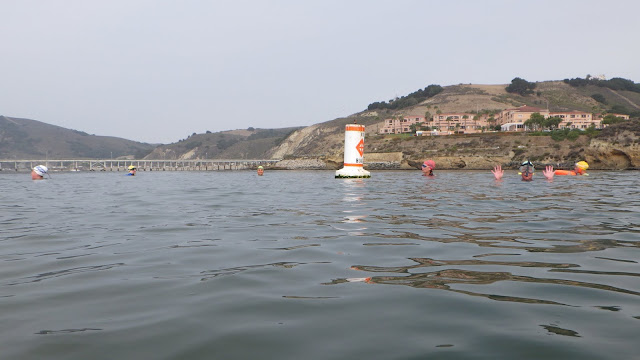 Grace, Tom, Teresa, Leslie, Brittany and Hillary at the 4th buoy
on the west side before we split up. 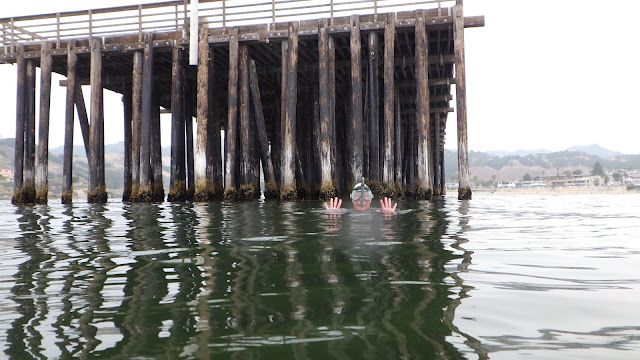 Brittany at the end of the Avila Pier 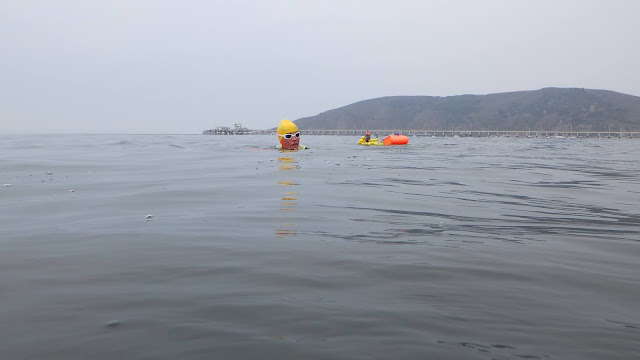 Hillary at the end of the Avila Pier.
The next swim will be at 9:30 on Tuesday.
niel