New Year's Day morning found Avila Beach bright and sunny, 38° and breezy. I measured a water temperature of 54° but most of our route felt several degrees colder. 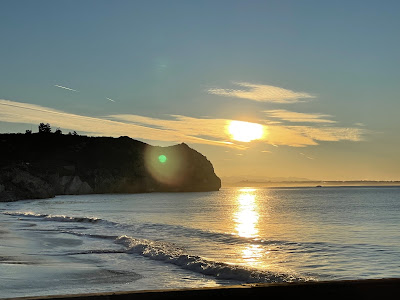 Leslie got some nice photos of Avila and the pier 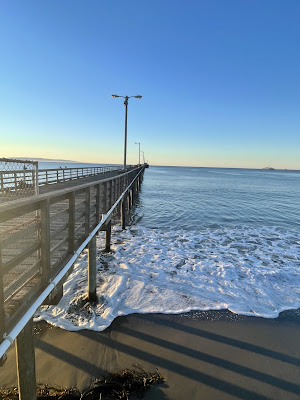 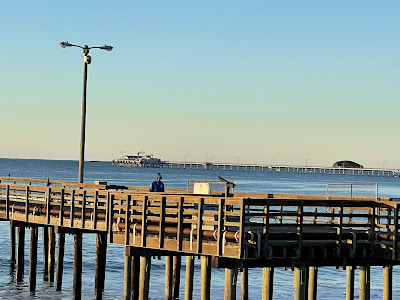 and one of me coming back in off of the pier after taking the water temperature. The Cal Poly Pier is in the background. 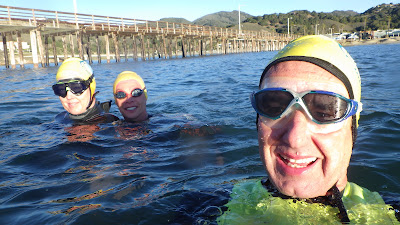 Jodi, Leslie and Niel starting out at the Avila Pier. 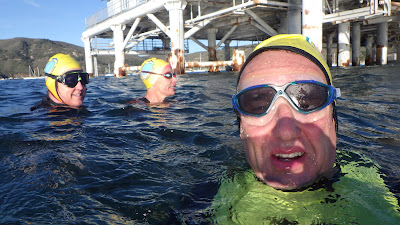 Jodi, Leslie and Niel at the end of the Cal Poly PIer.
Conditions were much like Thursday with a swell, current and chop out of the NE, which is a strange direction. Possibly a SE swell was bouncing off of the shore and coming back across the bay in this strange direction.
We paused at the ladder on the west side of the Avila Pier for a New Year's Day Celebration. 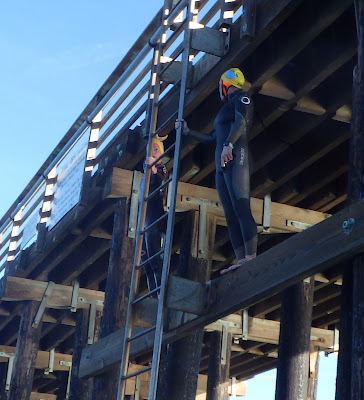 Leslie and Jodi, who's going to go first? 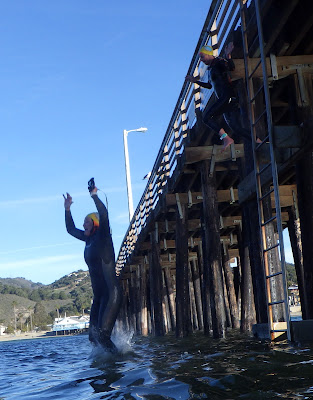 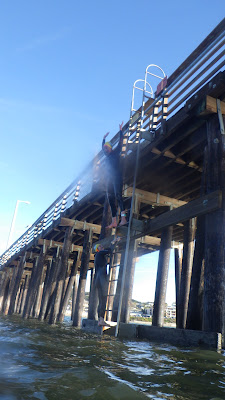 It was so much fun they went for seconds. 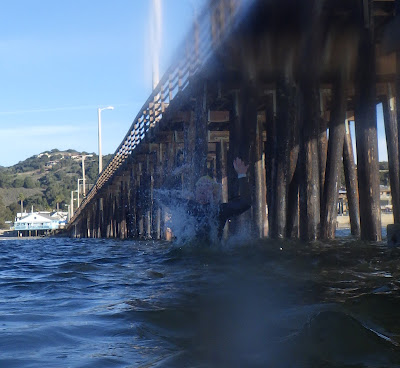 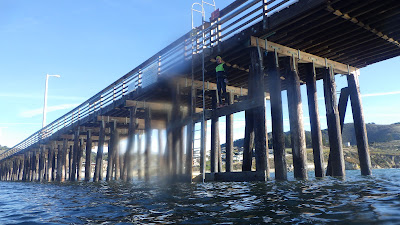 Niel on the mark. 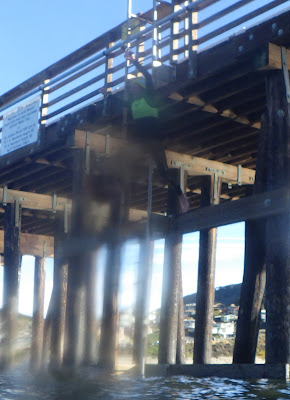 I will be back at 11 on Sunday. Duke may be out of town. Jodi is a probably. It should be a lovely day.
For after the swim Niel had bought cinnamon rolls and there was a chocolate apricot oat bar thing that Leslie had made. I definitly consumed more calories that Garmin says it burned up swimming.
niel