The surf was still up but was more like 4' instead of 5'. At 7:45 when I got in it looked like the clouds were breaking but it became more overcast as I was swimming until it was completely gray when I got out. There was still some swell and chop out of the SW and there were areas of red brown water. The air temperature was 62° and the water was 61°. 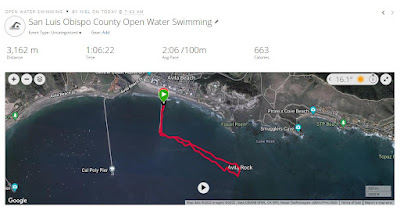 A lap around the Avila Rock sounded nice so I headed out and turned left.
I went around the rock clockwise this time.
I've had it in my head that this swim was a mile and a half but maybe
that was from per-Garmin days. 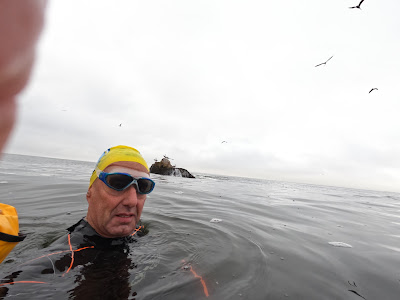 Me, the rock and some pelicans. 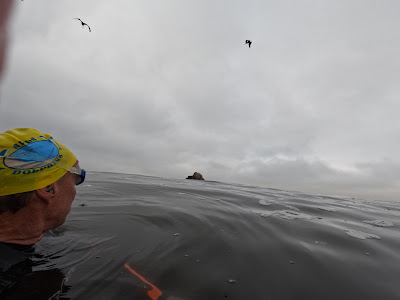 Compare the two photos and you can get a sense of the size of the swell.
Tom got in at 10:30 so we missed each other today.
I'll swim Saturday at 7 and Sunday at 11.
You have to enjoy the warm water while it lasts.
niel