At 8 o'clock Avila Beach was just like it was on Sunday; overcast, grey, feeling cool and damp at 50°, a glassy ocean with 49° water and waves you could walk out through. So Duke nad I decided to do the same swim as Sunday but in the opposite direction. 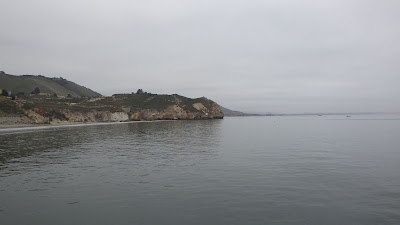 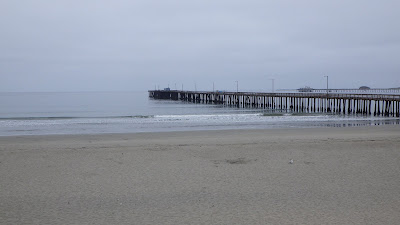 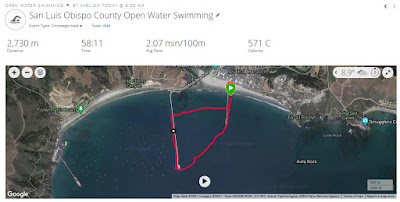 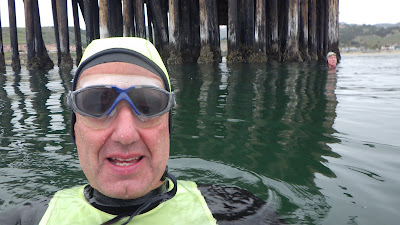 Niel and Duke at the end of the Avila Pier.
A big part of swimming at these temperatures in mental. If you are thinking about being cold before you get in you will be cold. Sunday, in the same conditions, Duke and Jodi were OK and I couldn't get my mind off of the cold. Today I was OK with the water temperature and Duke, who wasn't in the best of moods before we got in, was cold.
Duke and I will swim at 9AM on Thursday. It would be nice if we had some sun but in any case we'll swim.
niel