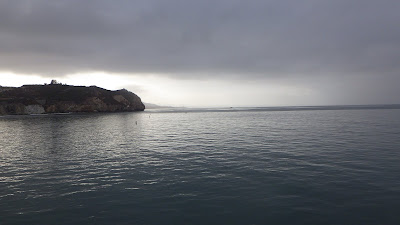 After a very windy and clear Friday, Saturday began cool and cloudy with Avila looking very unspring like with thick overcast, an air temperature of 49° and, thanks to Friday's wind, a water temperature that was back in the 40's at 49.5°.
Swimming today were Sarah, Leslie, Grace, Theresa, Tom Israel, Stephanie and Niel. We decided to head down the west line of swim zone buoys, group up at the last one and see what route felt good for the swimming conditions, i.e., how far did we want to stay in at this temperature? 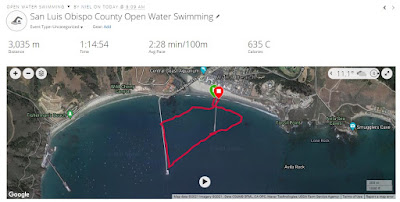 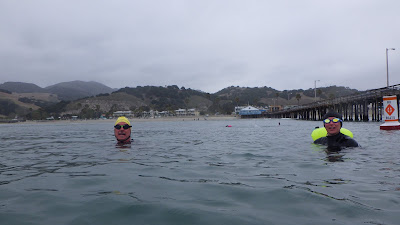 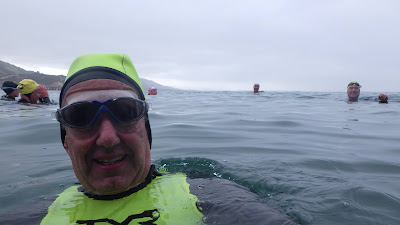 Form the left, Sarah, Stephanie, Niel, Grace, Theresa and Tom
near the end of the Cal Poly Pier
We will swim tomorrow at 7:30.
niel