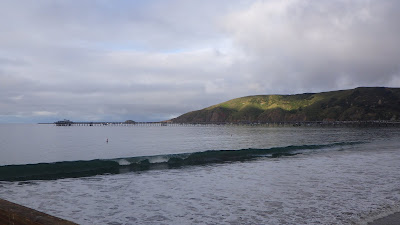 There was some sun sneaking through the clouds this morning, highlighting the remaining green on the hills above Port San Luis.  The air temperature was 50° and the water was 53°. It was still, the water was flat and the waves small. The water near the Avila Pier was clear but there were some areas with plankton blooms towards the Cal Poly Pier. Today's swimmers were Jodi, Duke, Theresa, Grace and Niel. 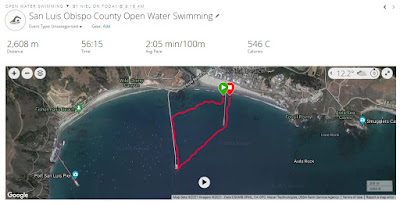 We planned a nice swim that would be well short of yesterday's' distance.
2,600M worked out well for me; I swam about half of yesterday's distance and felt almost as tired. 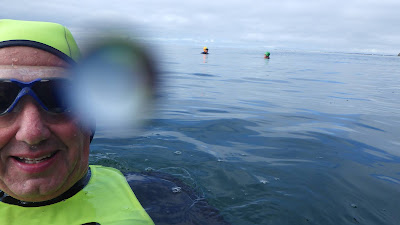 Niel, Jodi and Duke at the end of the Cal Poly Pier.
Really nice swimming conditions. 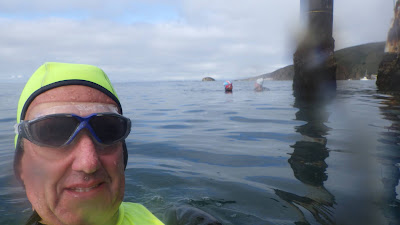 Niel, Theresa and Grace at the end of the Cal Poly Pier.
Duke and I will swim Tuesday at 8, I'll swim Thursday at 8:45.
niel