Sunday With A Chance of Thunderstorms

Avila started out like an average summer day with the fog cleared by 10 and the beach crowd starting to show up. It was 62° and the water was 58° although when the clouds came back in and we lost the sun the water felt colder. We had weird water quality today. Some areas, the water was super clear while farther offshore there were areas where I was swimming over clouds of yellow brown junk and the water itself was greenish and tasted funny. 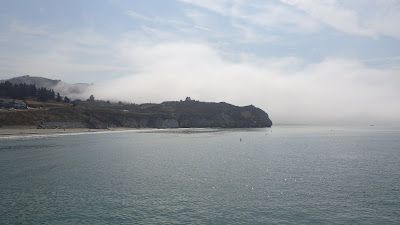 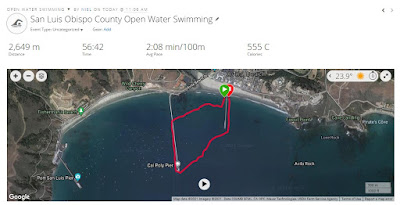 On the beach were Jodi, Leslie, Niel and Duke. We decided to swim a simple loop over to and along the CP Pier and back. Jodi did a bit extra for close to 4K. 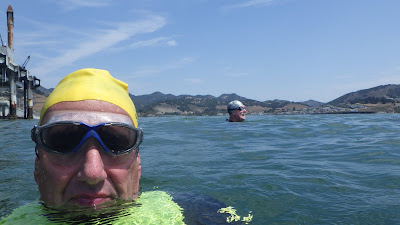 Niel and Duke at the end of the CP Pier 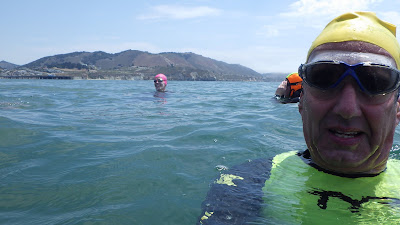 Leslie, Jodi and Niel at the same spot.
In the left rear is the Avila Pier.
I'll swim Tuesday morning at 8 and then will not be swimming until the following Tuesday.
niel