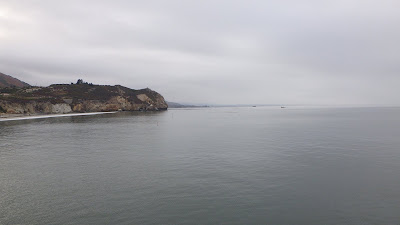 We had wonderful swimming conditions today. The air temp was 60°, the water was 58.5° and it was completely still so we had a very flat and glassy ocean. Niel got in a bit before nine and Tom soon after. We swam roughly the same route out to the end of the Cal Poly Pier and down the pier to the second crossbars. From there I went in to the west buoy line while Tom went back out along the CP Pier to its end and then back to the beach. The sun was just starting to burn through and it was still calm when we got out so we had great conditions for the whole swim.

The water was so flat that Tom said that he could see the horizon when he breathed. 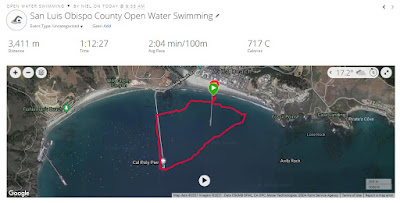 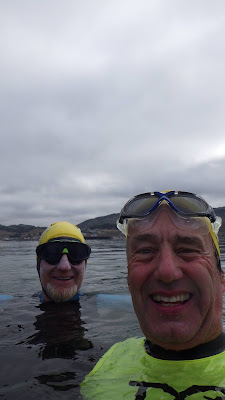 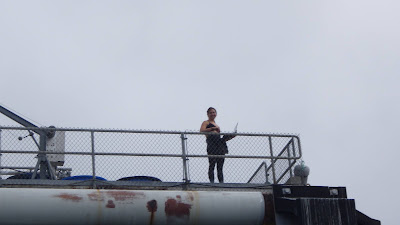 Theresa on the deck of the pier! What a great surprise. She must have seen two people swimming towards the end of the pier and figured that it had to be some of the loopy swimmers she knew. 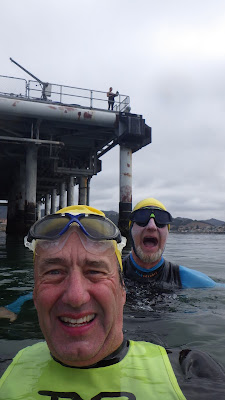 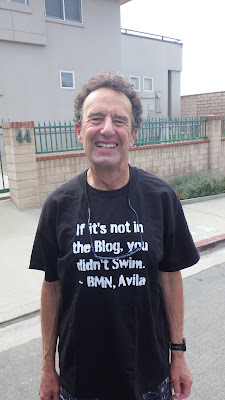 There has been some trash texting about the subject of my new t-shirt.
Tom had these made to make it real.
I'm looking forward to swimming Saturday morning at about 9 and Sunday at 11.
Blog Master Niel, Avila

One potent instrument this author suggests that can be used to elicit performance in athletes is motivation. In his words, "Motivation is something needed in sports organisations to make employees perform. www.ladypalmranch.com