Summer morning s at Avila Beach are all about the same; fog and/or low clouds until the wind comes up and the sun comes out. This morning was right to the program with low grey clouds, and air and water temperatures of 58° and 59°. There was no fog so the visibility for swimming was fine. Duke had texted me at 5:07 AM to say that he wouldn't be swimming this morning so I got there early and got in at 7:45. I had planned a simple solo hour. On my second of three passes by the end of the Avila Pier Duke grabbed me. He had decided to do a short swim and ride from Avila. It was nice to say Hi. Tom and I passed each other at my car as he was heading to the water. 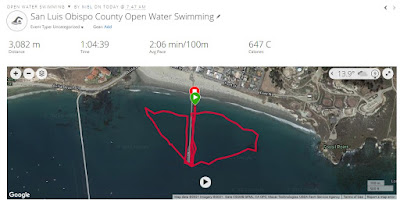 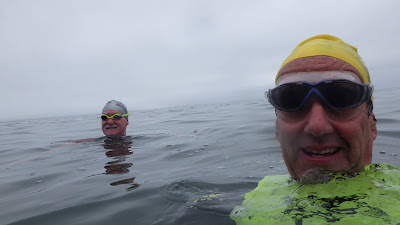