Tom and I did simple swims today. I got in earlier and found the red tide on the west side of the pier, so Tom stayed on the east side. He is using me as a redt tide cannary!
Simple stats today; 62° air, 61° water, flat, calm, small surf, gray everywhere above the horizon. 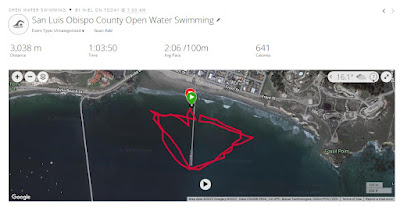 I tried staying in close to avoid the red tide which had been out past the end of the pier but it was thickest along the west buoy line but and generally clear everywhere on the east side. 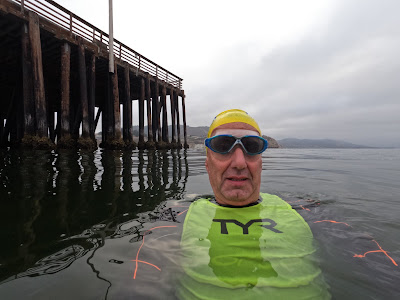 Towards the end it started to get bumpy and felt like a storm was coming in but I think it was just one of the quick hints of the coming winter that pass through in the fall.
I conducted a survey of this mornings swimmers and Tom and I agreed that 53° winter water would be much preferable to swimming in red tide.
I'll be back at 7 on Thursday.
niel
Posted by Niel at 11:53 AM