We had a nice sunny morning with a light offshore breeze, an 8 AM air temperature of 39° and a water temperature of 49°.  Leslie was there to lend support and take photos. She has seen an orthopod and her elbow in cracked, not broken, so she can use it as long as she behaves herself. 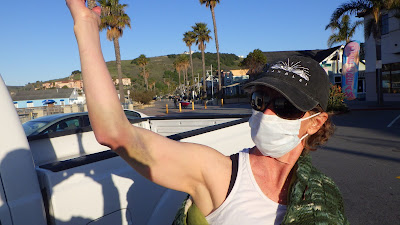 Nice bruising
Niel and Jodi we there to swim. We decided to go over to the C.P. Pier, swim in along the pier, back to the Avila Pier and then maybe do something more. 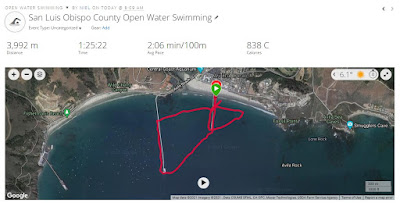 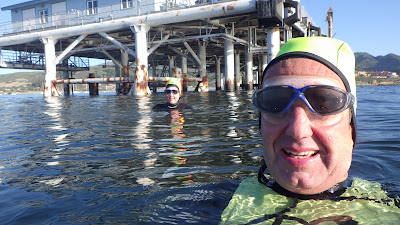 Jodi and Niel at the end of the C.P. Pier. 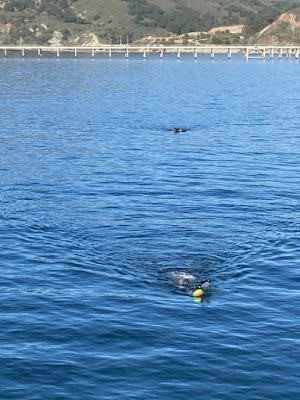 Jodi, in front, and Niel coming back to the Avila Pier.
Photos from the pier by Leslie. 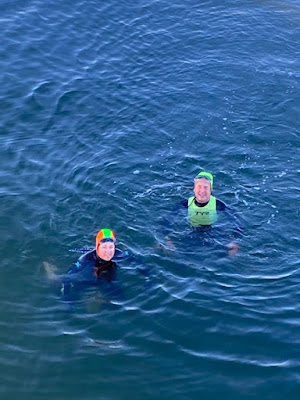 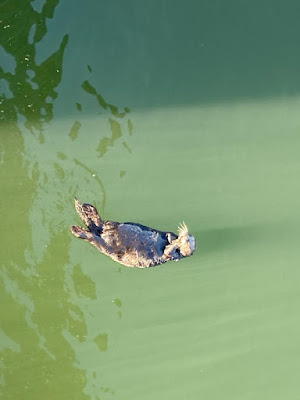 Leslie got these of an otter at the Avila Pier. 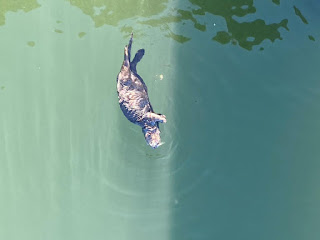 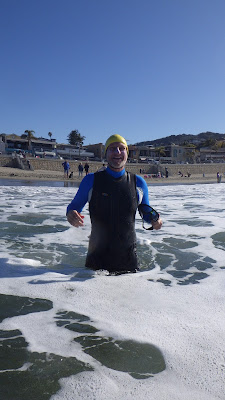 Tom and Stephanie were getting in just as we got out.
Niel, Duke, Jodi, Stephanie and ? will swim tomorrow morning at 8.
niel
Posted by Niel at 1:48 PM