This morning Avila Beach had solid gray overcast, no wind, smaller surf than yesterday a air temperature of 55 and a water temp of 50. 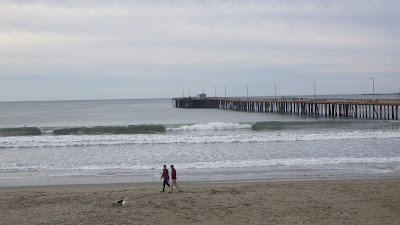 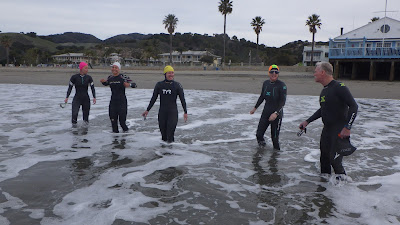 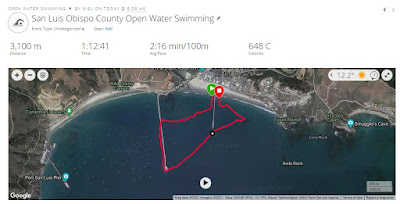 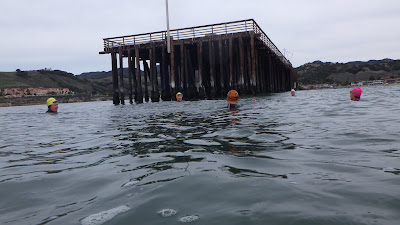 Stephanie, Jodi, Duke, Theresa and Leslie at the end of the Avila Pier.
From here Duke went in. The rest swam towards the big rock at the end of the beach except for Jodi who wanted to go the extra distance to Fossil Point.
I'll swim Tuesday morning at 8, rain or shine.
niel
Posted by Niel at 11:39 AM