Avila looked like it might serve up a nice glassy day for Duke and Niel. There were broken low clouds and no wind. The water was very clear and (I can't believe I'm writing this) up to 50 °. The air temperature was 53°. 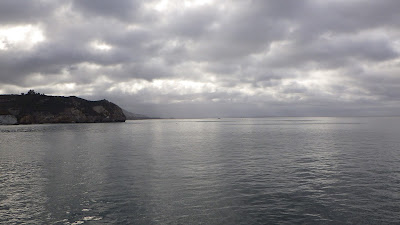 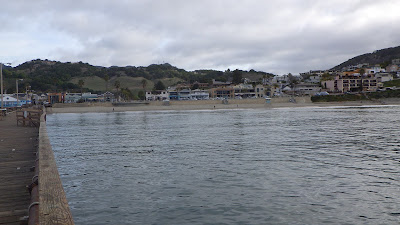 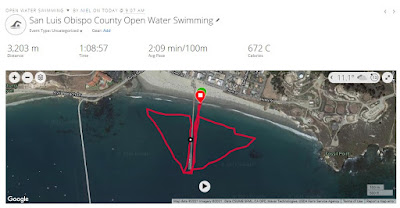 Duke had to be at work sooner than I did so we planned on swimming my two triangles and that he would drop off when he needed to. 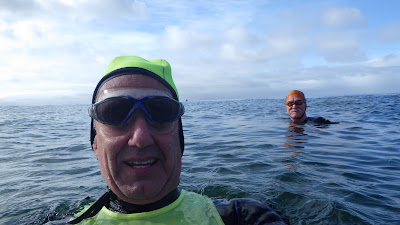 Niel and Duke at the end of the Avila Pier.
The wind was coming up and it was showing on the water.
Duke did th elap on the east side of the pier and I continued on to the west side. 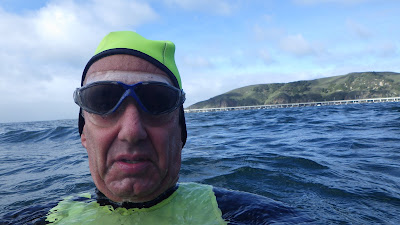 Coming around the end of the Avila Pier was a surprise. The chop had come up quickly and the leg from the end of the pier to the creek mouth would require some technique in order to avoid swallowing much water. 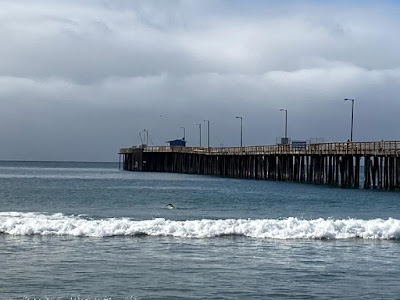 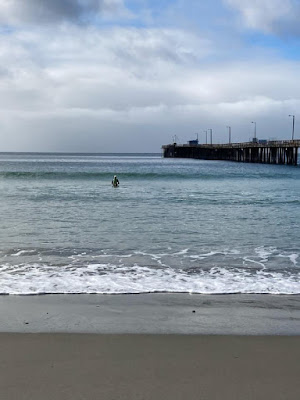 Leslie was on the beach and got some nice shots of me coming in.
Leslie fell a couple of days ago and broke her elbow. She has had x-rays but is waiting (!?!?) to get in with an ortho. She seems to be doing fine but would probably appreciate a text of phone call.