Saturday morning at 7:30 the wind was doing a nice job of blowing the tops off of the waves.  There were sets of large swells that were making 5 to 6 foot breakers. There were long gaps between the big sets with 3 plus foot waves. The air was 53°, the sun felt warm and the water was 52°. 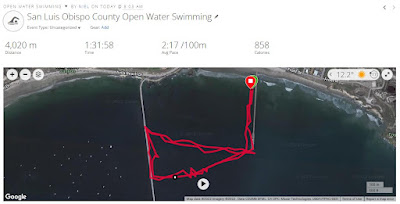 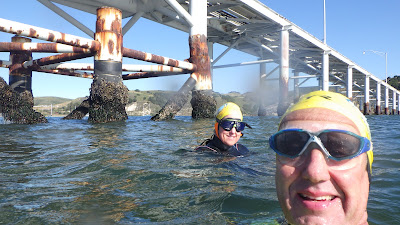