Saturday was a rerun of Thursday with clear skies, 55 degrees, but you could tell it would warm up nicely, a light offshore wind, 51 degree water and no waves worth mentioning. 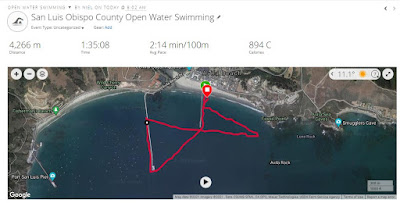 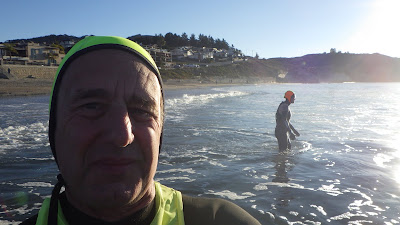 Niel and Jodi wading in. 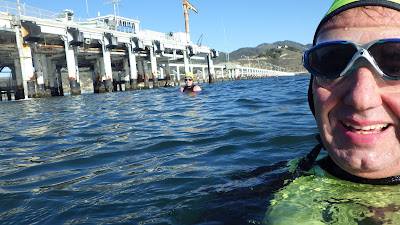 Jodi and Niel at the end of the Cal Poly Pier.
We swam to the second crossbars along the west side for a change.
There was a sea gull dining on a small octopus at the end of the pier.
We spoke with Leslie as we were getting out. She had gotten in after us and swam over to the Cal Poly Pier, but we didn't see her in the water.
I think we have Jodi, Niel, Duke, Theresa, maybe Jon and anyone else who wants to jump in tomorrow morning at 7:30.
niel
Posted by Niel at 11:47 AM