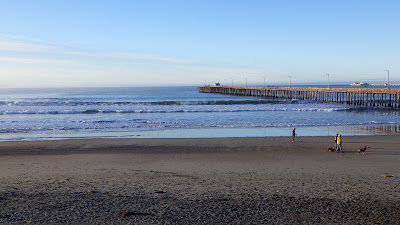 Duke and Niel got in at 8 AM. Avila was clear with a bit of wind, an air temperature of 38 degrees, 3' mushy surf and a long swell on the water that would keep swimming interesting.
The water temperature was 51 degrees. Since last weeks heavy rains the silt from SLO Creek that had filled the bay had cleared from the water but no test results were available to know for sure what the post-storm bacteria count was, so, we plotted a course that stayed well away from the mouth of San Luis Obispo Creek. 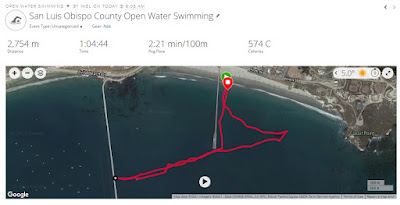 We were to swim down the beach to the lone buoy that marks some rocks near where the last buoy is in the summer. We'd go from there to the end of the Avila Pier, over ot the third crossbars on the Cal Poly Pier, back to the Avila Pier and in. 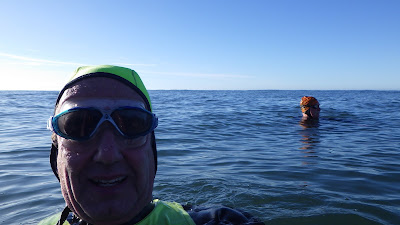 Niel and Duke at the buoy at the rocks.
The buoy seems to have been carried away by the large surf during the recent storms. 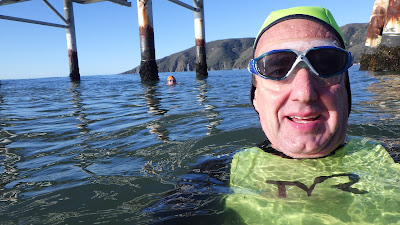 Duke and Niel at the Cal Poly Pier
Duke and I will swim Thursday morning at 8:45.
niel
Posted by Niel at 3:30 PM