At 8:30 Avila Beach was about as nice as it gets; sunny with a mild offshore breeze, about 54 degrees but felt warmer, knee high surf and clean water. We would have a bit of wind chop when swimming towards shore but otherwise the water was flat.  The water temperature was 51 degrees. 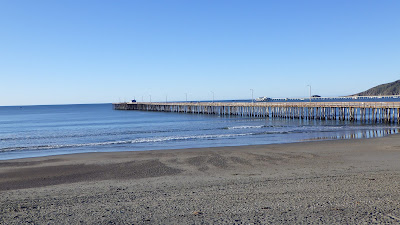 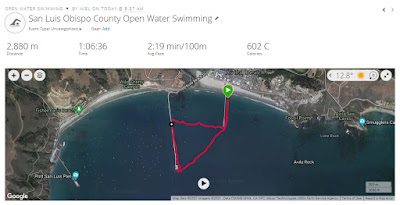 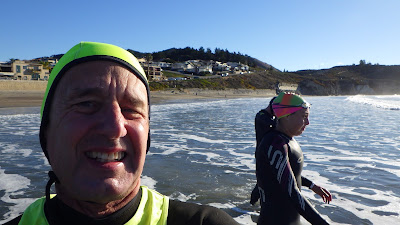 Niel, Theresa and Duke wading in. 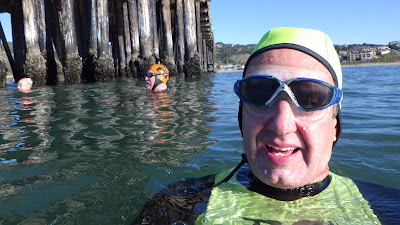 Theresa, Duke and Niel at the end of the Avila Pier for the first time. 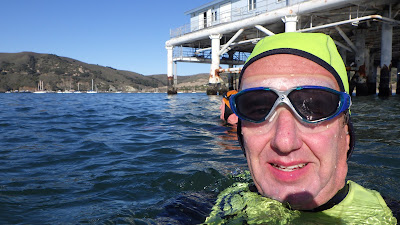 A bit of Duke and Niel with Theresa out of the frame at the end of the Cal Poly Pier.
The end of the CP Pier is 875 M offshore and it feels more like being out in the ocean than other spots we commonly swim to.
I'll swim Saturday morning at 8 and Sunday morning at 7:30. Duke and Theresa will be there on Sunday. Duke is going to see if he can persuade Jon Harmse to join us.
niel
Posted by Niel at 11:35 AM