Avila Beach was just beautiful this morning. It was clear, sunny, calm and a very warm feeling 48 degrees. The predicted large surf was not in evidence at 8AM so Niel, Duke and Theresa planned on getting in here instead of over at Olde Port Beach where the surf is smaller. 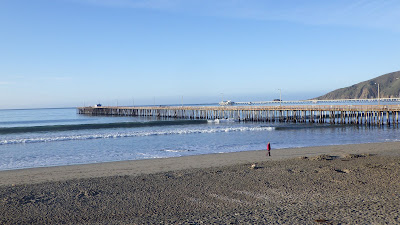 I was feeling like a casual route which was fine with Theresa and Duke. My plan was to do two triangles, one clockwise and one counterclockwise for a 2 mile swim.  Duke was feeling a bit punched out after some hard riding and would probably do less than the full route. 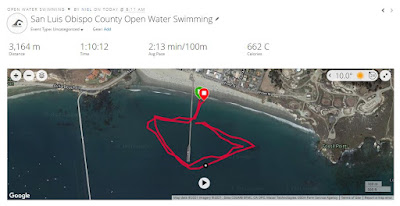 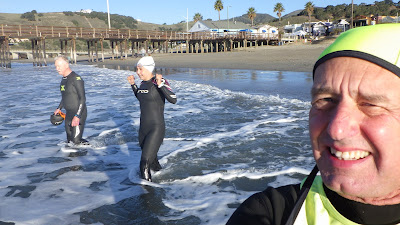 Duke, Theresa and Niel getting in.
The water didn't feel any warmer than it had on Sunday. 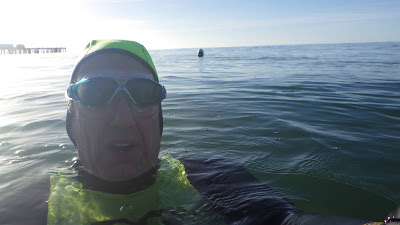 Duke, somewhere behind me, Niel and Theresa near the mouth of San Luis Obispo Creek.
The swimming conditions were wonderful; nice and flat and calm, except I measures a water temperature of 49 degrees.
Duke went in at the end of the first triangle. The wind had started to come up so the second triangle was bumpy and pushy.
All three of us plan on swimming Thursday morning at 8:45.
niel
Posted by Niel at 11:24 AM