I got in at 7AM. It was very gray in Avila Beach with dense overcast, spitting drizzle and some fog on the water. It was 58°, the surf was small, there was no wind and the water temperature was 15.5°C/60°F. My Plan A was to swim to Avila Rock but the rock was coming and going in the fog so Plan B was to swim the Cal Poly Pier and swing around in a big loop. 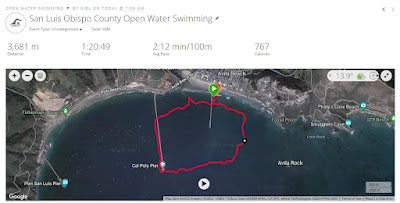 From the third crossbars to past the end of the CPP the red funk was in and yucky dense in one spot. Otherwise the water was great. 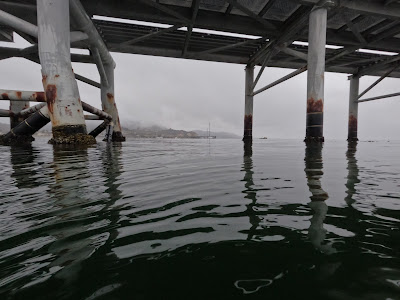 The Avila Pier from the CPP at the second crossbars. 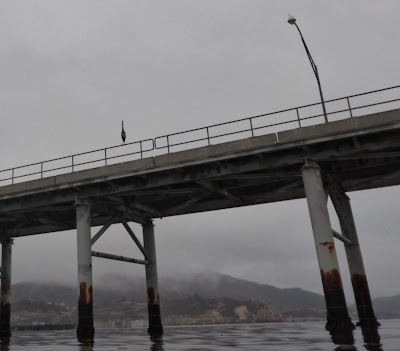 This guy had me wondering if he was trying to decide if I was part of the breakfast buffet.
Tom and Sue swam in Cayucos this morning. There was a thick marine layer, no red funk and an estimated water temp of 58°. The swimming was wonderful.
I'll swim tomorrow at 11.
niel