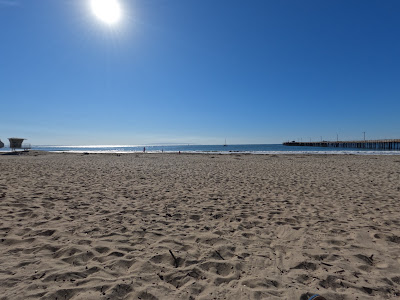 At 10:30 it was 73°, clear, sunny and breezy in Avila Beach. The beach felt as empty as the photo. The water was clean, the lips of the waves were transparent and there were occasional 3 to 4 foot waves. The water temperature was 56°. 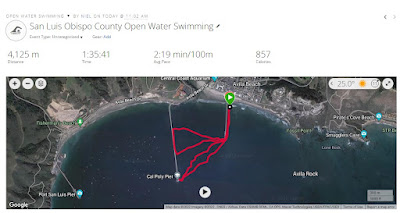