Duke and Niel got in at 7:30. There wasn't a cloud in the sky and the air temperature was 45 degrees. I could tell there was an gentle offshore breeze because out on the pier I could smell the hot grease from the Custom House kitchen getting ready for breakfast. The water temperature was 51 degrees. We decided to do about a mile and a half. Neither of us had been over to the Cal Poly Pier in some time so we plotted a course from the end of the Avila Pier over to the third crossbars, in along the pier to the second crossbars and back to our starting point. 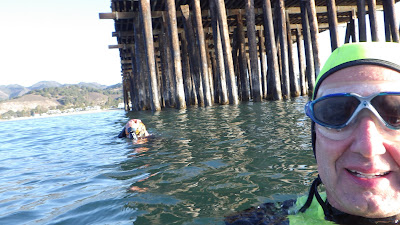 Duke and Niel at the end of the Avila Pier 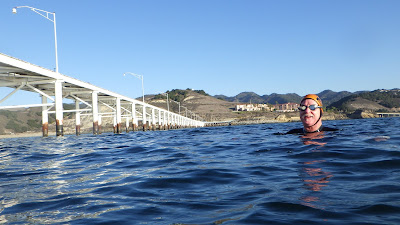 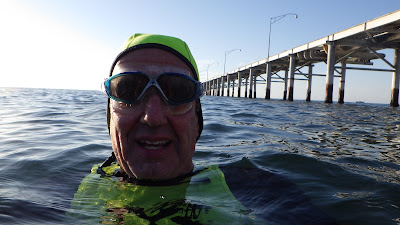 and Niel at the third crossbars 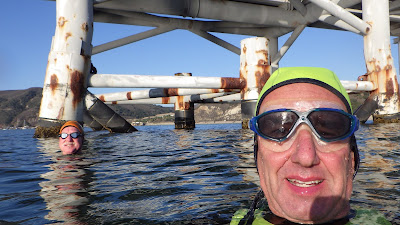 At the second crossbars.
We swam hard and didn't spend much time treading water. The 45/51 combination made things chilly and it turned into a sprint finish when we swam into a 1 to 2 degree temperature drop on the leg from the second crossbars back to the Avila Pier. Getting out and being dry and in the sunshine felt good.
I'll swim at 8 on Tuesday and at 9 on Thursday.
niel