Sunday was an exceptionally beautiful day at Avila Beach. It was comfortably warm, clear and calm. The water was 58 degrees and very clear. 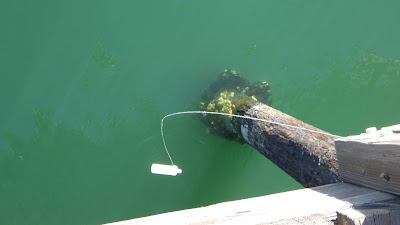 That is my thermometer float on the surface and you
can see the growth on the piling 4 to 6 feet.
Niel. Hillary, Maria and Leslie got in at 9:30 and were joined later by Theresa and Brittany.
My plan was to stick to the buoy line and do a mile. Leslie went directly to the end of the pier. Hillary and Maria swam with me to the last buoy on east of the pier and then headed to the end of the Avila Pier. They went from there over to the third crossbars on the CP Pier where Theresa caught up with them.  They swam to the second crossbars and back to the end of the Avila Pier. 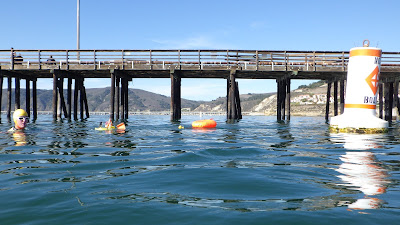 Hillary at the first buoy 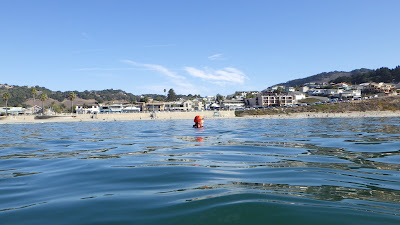 Maria at the first buoy 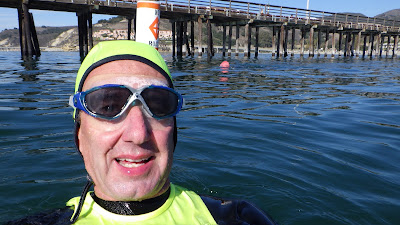 Niel at the first buoy with Leslie's cap in the background. 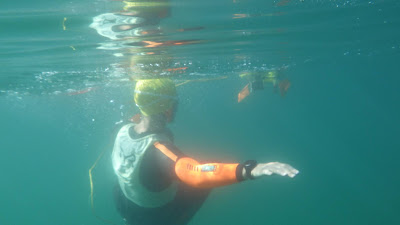 Hillary relaxing at the 4th buoy on the east side of the pier.
Hillary's Photos and video link:
https://youtu.be/CCakCQTygg8 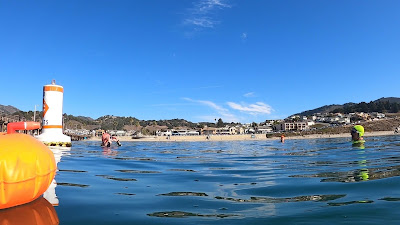 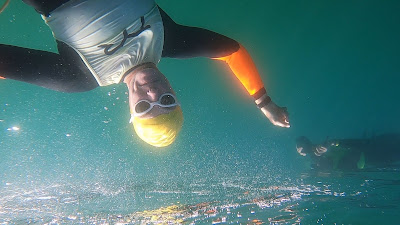 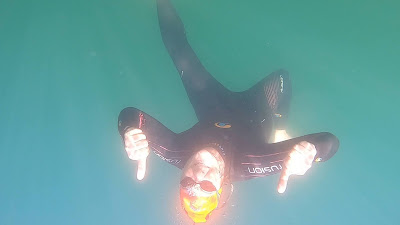 Duke stopped by. Besides some impressive scars he seems to be doing well.  It was good to talk with him.
Theresa, Grace and a friend swam from Avila to Pismo yesterday! That is 10k, so they deserve a big hand. The conditions were great and they had a good time, finishing in a bit over 3 hours.
I'll hope to have photos soon.
I'll swim at 9 on Tuesday and Thursday this week but I'm going to swim earlier on the weekends. Maybe 20% of the crowd on Front Street were wearing masks or acting safely today. I can't be part of that kind of crowd. I'll post what my weekend plans are.
niel