The water and air temperatures were 59° this morning. There was no wind, small surf, nice and glassy but a bit of red tide in some places near the Cal Poly Pier. 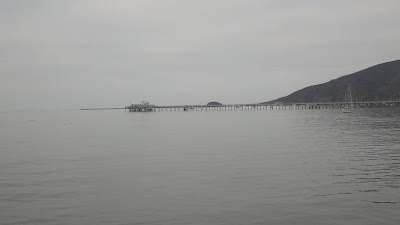 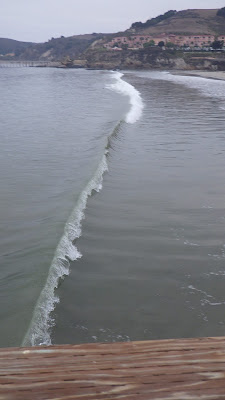 This mornings crew was Leslie, Tiki, Jodi, Stephanie and Niel. We began by going east until we were off of Fossil Point and to the end of the Avila Pier. Tiki and Leslie headed in from there. The remaining three swam to the third crossbars on the CP Pier, in to the second crossbars and east to the west end of the buoy line and back to our starting place.
That was a nice 2.24 miles. 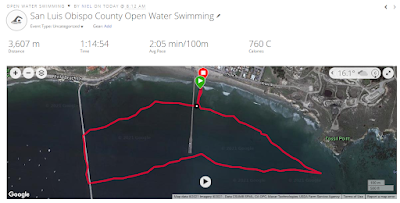 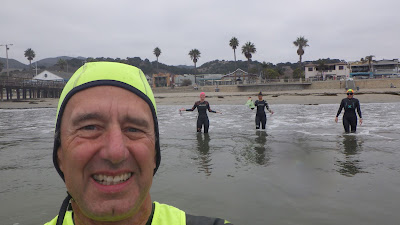 Niel. Leslie, Tiki and Jodi.
Stephanie was a bit behind us and had caught us up by the last buoy. 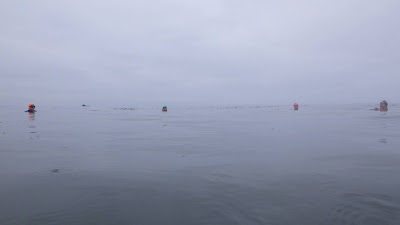 Jodi, Stephanie, Leslie and Tiki social distancing off of Fossil Point.
Tom got in at about 9 and went over to the CP Pier. I saw him backstroking along the buoy line when we were at the showers.
Tomorrow's swim will be at 11 with guest celebrity Theresa.
niel
Posted by Niel at 1:23 PM