Our September Santa Lucia (offshore) winds arrived today and at 8 AM we had clear and windy skies at Avila Beach. Duke and Niel swam. Duke did his U-Burner sprint and NIel did his hour in and around both sides of the pier.  I saw Tom's car parked in his usual spot across the street from Kraken Coffee so he was either in the water or wrapping himself around a double pumpkin chai.  The water temperature was 59.5° and the air 55°. It was pretty smooth at 8 but by 9 the chop was building up to have some real character. There was a long period swell that produced some occasional 3 to 4 footers. 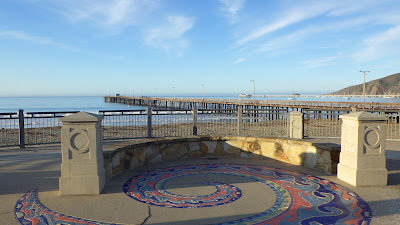 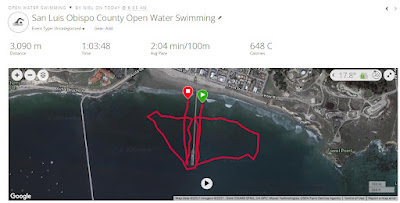 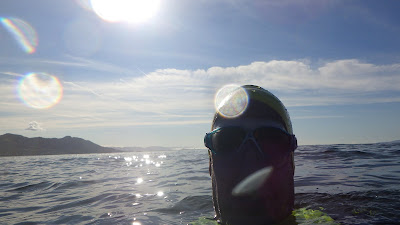 Almost mystical at the end of the Avila Pier
The Wild Women will swim at 5 PM on Wednesday. Meet up at the life guard tower on the left side of the pier.
Duke and I will be back at 8:30 AM on Thursday.
niel